As the Paris global climate negotiations get under way, we in Britain face the prospect of increased flooding. . What can we do about it?

Gresham College in the City of London was founded in 1597 and over 400 years has provided a range of free lectures on different subjects to those who live and work in London. One recent lecture was The next big flood, Britain underwater. Pod Academy’s Lee Millam went to talk to Professor Carolyn Roberts about the facts, figures and ideas in her lecture, which was part of Gresham College’s Britain in Troubled Waters series.

The UK has a series of problems associated with flooding. One of them is to do with the physical things that are creating the flooding – intense rainfall, high windspeeds in oceans, sea levels, storminess and so on. Another significant element is how we manage it, what we do about managing both the water and the damage the water creates when it gets into inappropriate places like people’s living rooms. The third element is to do with the ways things are shifting as the climate shifts, so that the risks are becoming more intense, particularly in certain parts of the country. So it is a complex, threefold problem.

Climate change is part of what we are talking about, but flooding is a natural phenomenon – rivers have always over topped their banks (they almost never ‘burst’ their banks). We have altered the environment very significantly with what we do, how we farm, the way we constrain rivers etc, so it’s a mixture of a naturally induced phenomenon (flooding always happens) and the result of how we behave in circumstances close to rivers and close to the coast.

In 2007 we had some very severe flooding over quite wide areas of England and Wales and from that we have learned a lot. One of the things that happened after those floods was changes in administrative arrangements for the management of flooding, although I’d say those are still to be tested in reality.

The other thing that happened following the 2007 flood was that considerable amounts of money were put into research and that has been an astonishing British success story in terms of understanding how floods are generated, where flood water goes, predicting and forecasting events – we are now pretty good with the science, but we’re a lot less good and have learned far fewer lessons about the politics of managing flooding. So that is, perhaps, where we need to turn our attention now.

In terms of the way we manage floods and the way politicians behave, at both local and national level they have an eye to the short term, so they are concerned about the next election when their role in their constituency will come up for renewal. And they tend to want results over very short periods of time – three, four, five years. But that is not realistic in terms of dealing with flooding.

We are also in an era of austerity and that is making it difficult to find the money to do some of the things that really do need doing. 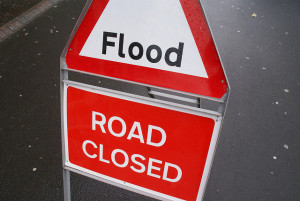 In the longer term it makes sense, just as it does for climate change itself, and it makes sense to invest now to avert future costs. The costs that emerging now in the latest research on flooding, the costs of flooding under different climate scenarios and different kinds of population growth, those costs are enormous. We have to do something to avert them. But that requires taking quite difficult decisions now about how we spend limited budgets. One understands the difficult choices politicians have to make both locally and nationally, but sometimes people have to grasp the nettle.

There are four types of flooding. The most important – both in cost terms and the number of people at risk is undoubtedly from rivers. So the large rivers – the River Ouse in Yorkshire, the Severn, parts of the Thames above London – those are areas of some significance (and there are others).

The next most significant in terms of economic costs is coastal flooding. There we are talking about the areas around East Anglia, but also the Thames Estuary and areas of Essex and Kent and some smaller areas in Lincolnshire, and there are isolated areas all over the place where we have vulnerable bits of infrastructure.

The third is surface water run-off from urban areas and fields around urban areas where we have either impermeable surfaces or agricultural land that is badly managed and generates a lot of run-off. So those are very localised and responsive to intensive rain, which all the climate models suggest will happen more frequently.

Lastly, the type of incidents particularly in and around London is ground water flooding – clear water flooding we call it – it is caused by generally wet periods rather than intense rain when the water levels rise and get into areas where they are not supposed to be. That is more insidious and quite significant.

The total costs at the moment are in the billions of pounds sterling (£bns)a year on average and into the future they become even more significant. So it is worth doing something about.

The worst affected people – not only globally but also locally in the UK – are those people who are poorer and rather marginalised, people who live oin smaller houses, often on flood plains (proportionally more on flood plains) and so it you say ‘what can you do as an individual’ , you have to recognise that it depends – people have different amounts of power, so if you are relatively wealthy you can probably do something to protect your house and you are less likely to be living on a flood plain anyway. But you might want to flood-proof your house as best you can. If you live in a small rented house in a terrace, say, it is much more difficult to do something because you aren’t just protecting your house, since protecting your house will not stop water entering from adjacent properties. So it is difficult to say what what individuals can do. What I would say is that people can pressurise their political representatives to address this issue because we should be taking decisions at the level of community now, not at the level of individuals.

I might add that we have seen some pretty shocking behaviour in previous flood events – especially by individuals with power, strength and influence grabbing all the sandbags and putting them round their own houses (though sandbags aren’t very helpful, anyway). It is a community response we need – people taking action within their community is a better approach for all of us.

Keeping average global temperature changes to around 2 degrees will dramatically avert some of the damage from flooding that would occur should we not be able to do that. Once you start getting to a 4 degree change you are into much more serious consequences in terms of flooding. As the atmosphere heats up, everything tends to move more quickly – the atmosphere becomes more volatile, the sea level rises, you get more rain storms and so on – at least you do in the UK where we sit in relation to the position of the jetstream. Other places in the globe will experience things differently, but certainly our experience here in the UK is likely to be one of more extremes, and that is of some consequence.

For more information about Carolyn Roberts’ lecture, including a transcript click here

Gresham College hosts regular free lectures in the heart of London, and videos of the lectures are available on their website. They cover a wonderful range of subjects for example:

The post The next big flood – Britain underwater appeared first on Pod Academy.